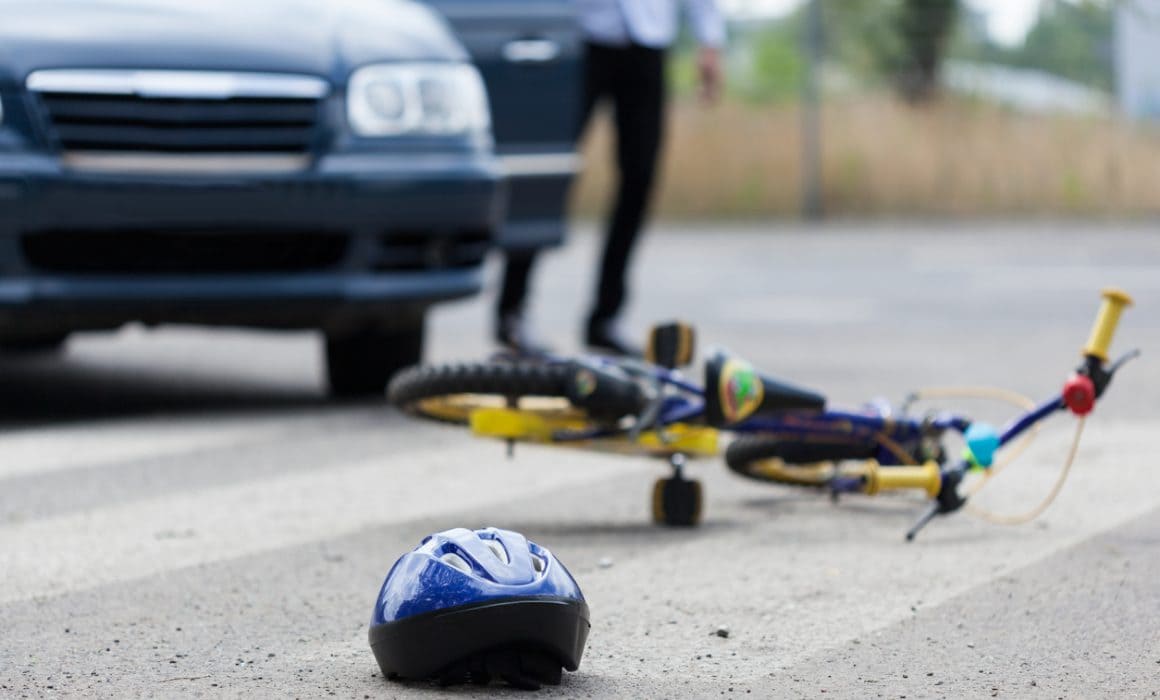 If you are on a bicycle and get into an accident with a car or truck, what you do at the accident scene and immediately after is crucial.

When bikes get into accidents with cars, it’s scary. (Fortunately, most bicycle accidents do not involve cars.) If you are the one riding the bike, it’s important to keep your wits about you after the crash. What you do in the immediate aftermath of the accident may have a big impact on how much you recover for your injuries and damage to your bike. It may also affect the outcome of any lawsuits resulting from the accident.

Here’s what to do.

Wait for the Police to Arrive

It is vital that you wait for police to arrive at the accident scene so that they can take and file a police report — even if you think you are not injured. Some cyclists don’t realize they’ve been injured until several hours after the accident. And sometimes seemingly minor injuries later develop into serious and permanent problems. If you leave the accident scene, you may never be able to identify the at-fault driver.

Don’t attempt to negotiate with the driver. Many drivers initially apologize and accept blame, only to later deny their negligence or even deny they were present at the accident. Instead, wait for the police to come so they can document everything in the police report. Another advantage of waiting for the police: They may ticket the driver, which may be useful in settling the case with the insurance company.

Get Your Version of Events into the Accident Report

Sometimes, the police officer will take a statement from the motorist and not bother to talk to the cyclist. Do everything you can to get your side of the story into the police report. And by all means, report all of your injuries, no matter how minor. Remember, those minor injuries may later become more serious.

If, despite your efforts, the police refuse to include your statement in the accident report, you can later have the report amended.

If possible, get the name of the automobile driver, as well as his or her address, phone number, driver’s license number, vehicle license number, and insurance information. In addition, try to get names and contact information for everyone who witnessed the accident. Don’t assume the police report will include all of this information — it might not. If you are injured and cannot get this information yourself, ask a bystander to do it for you.

If you can, make mental notes about the accident: what happened; how it happened; where it occurred; when it occurred; and road, traffic, and weather conditions. Then, as soon as you are able, write all this information down. (To learn more about preserving evidence, see the article Take Notes After an Accident or Injury.)

Seek immediate medical attention for your injuries, even if they are minor. The fact that you sought medical attention will serve as proof that you were injured, and medical records will document the extent of those injuries. Have several photos taken of your injuries as soon as possible after the accident. Start a journal of your physical symptoms and make entries every few days.

Leave your bike and other damaged property in the same state as after the accident — don’t attempt to fix anything or have anything inspected. Don’t wash your clothing. And don’t send your bike, helmet, or any other equipment to anyone other than your attorney. Take photos of your damaged equipment. (To learn more, see the article Personal Injury Accidents: Preserve Evidence.)

Seek Advice from a Professional

Many accidents between bikes and cars involve complex legal issues. You may want to consult a personal injury attorney who understands bicycling or has handled bike accident cases. Such an attorney can:

If the case warrants it, your attorney can hire a bike accident expert to investigate the accident. That person might obtain skid mark measurements, photograph the scene, speak with additional witnesses, or measure and diagram the accident scene.

bike accident
*None of the content is meant to be construed as legal advice.