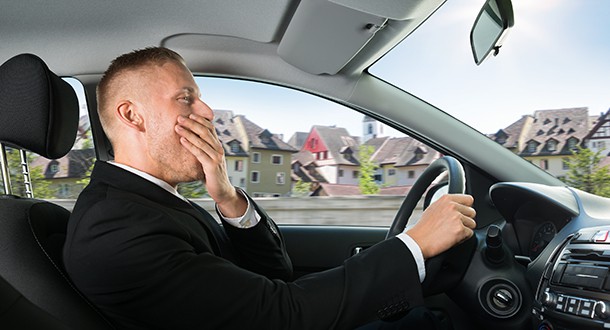 Nationwide, one in five deadly collisions is caused by drowsy driving. Read on to learn more about the dangers of fatigued drivers on U.S. roadways.

If a loved one has been killed in a deadly car accident, you want to find out the cause of the crash so you can determine if someone can be held accountable. One possible crash cause: drowsy driving.

Drowsy driving crashes have become very common and are a leading reason why fatal motor vehicle accidents happen. Because of the absence of an objective test for drowsiness, it can sometimes be a challenge to show that fatigue was the cause of a crash. This means drowsy driving could actually be an underreported problem that is worse than experts currently believe.

While the difficulty of accurately measuring drowsy driving crashes is a problem that should be solved, let’s focus for now on the risk that we know exists and on the rights of victims who are harmed by drowsy driving.

Assessing the Risks of Drowsy Driving

Drowsy driving causes approximately 328,000 motor vehicle collisions each year. This includes 109,000 motor vehicle accidents where someone is hurt. It also includes 6,400 crashes in which at least one person loses his or her life. The victim killed is not always the fatigued driver. Innocent motorists could be involved in deadly accidents if a driver continues to drive despite feelings of fatigue.

Drowsy driving is dangerous for anyone who gets too little sleep. If a motorist gets five to six hours of sleep, instead of the recommended seven hours minimum, the motorist’s crash risk increases by 1.9 times the danger faced by a non-fatigued motorist. If a motorist got only four to five hours of sleep, his collision risk would be equivalent to the danger posed by a drunk driver.

When Should A Drowsy Driver Be Held Accountable For An Accident?

Around 35 percent of the population sleeps less than the recommended seven hours. Any of these motorists could be susceptible to causing a crash due to the heightened collision risk that results from fatigue.

Drowsy drivers can be held liable for some collisions that cause serious injury or fatalities. They can be held liable for crashes if the collisions happen as a result of the fatigued driver’s negligence. If a motorist continues to drive after dozing off, or drives for so long he can no longer exercise good judgment, that motorist could be held accountable for a crash that results.

Victims Have to Prove Drowsy Driving Was the Collision Cause

A victim of a drowsy driving accident must prove the drowsy driver was unreasonably careless and caused a crash as a result of negligence. Often, it becomes important to work with accident reconstruction specialists who can explain crash circumstances.

Drowsiness cannot be tested for, or objectively measured, like the presence of alcohol in your system or the speed of a car can be me measured. As a result, successfully proving a case against a drowsy driver can be more challenging than when other types of crashes happen, such as a collision caused by a drunk or speeding driver. Making a case and pursuing compensation is possible with the right legal strategy.