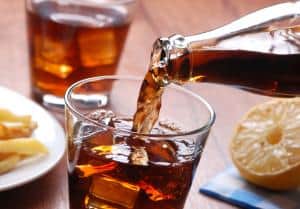 The bad news for individuals who are trying to control their weight by drinking diet soda is that new evidence links artificially sweetened sodas to an elevated risk of stroke and dementia. The bad news for the Coca-Cola Company and PepsiCo is that they might face a wave of lawsuits if they fail to warn consumers of that risk.

The study, published in the peer-reviewed medical journal Stroke, found that people who drink at least one can of diet soda each day have a risk of stroke or dementia that is three times higher than those who do not drink diet soda. That correlation raises red flags about a causal link between drinking artificially-sweetened beverages and stroke or dementia.

A correlation, however, does not prove causation. The study’s authors caution that they do not know why artificial sweeteners would increase the risk of either stroke or dementia. It is possible that people who are more likely to suffer from those conditions are also more likely to drink artificially-sweetened beverages and that diet soda consumption does not cause either condition.

The correlation with dementia, in fact, is only statistically significant in people who have vascular “risk factors.” Those people may have been advised to cut down on sugar, which might suggest that they drink more diet soda than the rest of the population.

The correlation with stroke, however, is statistically significant even after controlling for risk factors. It is, therefore, more difficult to explain the correlation if artificial sweeteners do not cause an elevated risk of stroke.

Consuming too much sugar can lead to a range of health problems, so consumers may decide that the risks associated with diet soda are less than risks involved in drinking a sugary soda. Consumers who are completely risk-averse might want to stick to water.

Consumers cannot make an informed choice, however, without having information. That raises the question of whether diet soda manufacturers have an obligation to inform consumers of evidence that links diet soda to an elevated stroke risk.

As a general rule, companies (and individuals) have a duty to warn others of a known danger if the failure to warn might lead to a foreseeable harm. For example, property owners have a duty to warn of hidden hazards (like an open well or a cliff) that might imperil other users of the property who fail to notice them. A fence or warning signs are common ways of satisfying that duty.

Supermarkets have a duty to warn customers when the store becomes aware of product spills that might cause customers to slip and fall before store employees have a chance to clean the spill. Doctors have a similar duty to warn patients about non-negligible risks of surgery or prescription drugs.

Providing warnings gives the person who might be placed at risk an opportunity to make an informed choice about taking the risk. A patient, for example, might decide that the benefits of surgery outweigh the risk of a bad outcome. Warnings also allow people to take sensible precautions, such as avoiding a wet area on a floor.

Liability for Failing to Warn

Most people are aware that cigarette packs warn smokers that smoking is hazardous to their health. For years, the tobacco industry not only resisted those warnings but maintained that smoking was perfectly safe. Warnings appear on cigarette packages not because tobacco companies recognized a duty to provide them, but because Congress passed a law that requires them.

The legal standards for tobacco liability (perhaps improperly influenced by tobacco companies) have made it difficult for smokers to win cases based on a company’s failure to warn about the dangers of smoking. In other cases involving unsafe products, however, the law often protects consumers by requiring manufacturers to warn of known hazards that may not be obvious to consumers who use the product.

The duty to warn also exists if product manufacturers should know that the product is potentially unsafe. That standard prevents manufacturers from hiding behind self-imposed ignorance to avoid liability.

For example, juries have repeatedly awarded large verdicts to women who were diagnosed with ovarian cancer after using talcum powder manufactured by Johnson & Johnson. Three recent verdicts, ranging from $72 million to $55 million, reflected the jury’s conclusion that Johnson & Johnson was aware of the risk but pretended otherwise so that the company would not jeopardize sales by warning women that the product might cause cancer.

Diet Soda and the Duty to Warn

While there are a variety of exceptions to the “duty to warn,” and while the law is not always consistent from state to state, the general principle suggests that PepsiCo, Coca-Cola, and other soft drink manufacturers might have a duty to warn consumers that drinking a diet soda could increase the risk of having a stroke. If that duty does not yet exist, it may be on the horizon.

Whether the current studies are sufficient to put soft drink makers on notice that diet sodas cause an elevated stroke risk is a question that courts will need to decide. The study cited above puts soft drink companies on notice that their products might increase the risk of having a stroke, but courts could conclude that the evidence is insufficient to put the companies on notice that diet sodas are actually unsafe. If the evidence of causation grows, however, diet soda drinkers who suffer from strokes may have a sound argument that their strokes were caused both by drinking diet soda and by the manufacturer’s failure to warn them of that risk.